‘What was odd became normal in our lives’, remembers Vikie Shanks as she chronicles her husband’s gradual downfall into extreme depression, violent fantasizing and eventual suicide. Paul Shanks died in 2007 and left his recently divorced wife with 7 children – ‘the 7 wonders of the world’ – a myriad of debt, and a seemingly endless chasm of grief, anger and confusion.

A simply stunning debut feature from Pulse Films’ Lucy Cohen, Kingdom of Us follows the Shanks family as they navigate this tragic, extraordinary event and each wrestle with their own memories, fears and hopes for the future. Cohen mixes archival hindsight from the troves of obsessively filmed home movies courtesy of Paul himself, sensitive observation towards each family member, 5 of whom are on the autistic spectrum and each at equally difficult stages of growing up, with an experimental flair and mature filmmaking sensibility.

Cohen establishes the family, and their chaotic, charming home remarkably well. We open with archive footage of Pippa, the Shanks’ youngest, first arriving home after being born, with a ghostlike Steadicam shot that roams the hoarded insides of their present day household. On the surface Paul is a typical Dad; all warmth, energy and inspiration, painstakingly forging out a countryside eden in which his family can blossom. Cohen introduces the grown up kids with shots from the outside looking in. The tranquility of the woods serves as a constant reminder of the day their dad never emerged from within them; the haven Paul built is now a prison.

The piercing moment of Paul’s death is revealed to us in an almost hallucinatory audiovisual haze. Flashes of light and imagery emerge from the darkness as if fleeting memories. Apparently for some of the children it took weeks for the reality of what had happened to settle in – ‘I remember coming downstairs the next day and calling out for dad’. There are a few instances like this where the film ignites into dreamlike montage in order to punctuate some of the more poignant memories the kids have of their dad, both upsetting and joyous. These short bursts are mirrored by similarly rapid escalations in the Shanks’ modern day family life. Cohen captures some tough family events – chiefly an 18th birthday party that escalates into screaming for no discernible reason. Vikie lets out an all too common sigh and weathers the storm as she has so many times before.

Birthday parties hold some significance as Cohen revisits archived birthday video several times. Ostensibly cheery footage become unnervingly sinister under Cohen’s skilled editorial decisions. Paul seems increasingly preoccupied with documenting ‘important’ life lessons he would give the kids on their birthdays. What was at first simply love and devotion for his children becomes a toxic manifestation of control. The idyllic countryside setting is reframed as an attempt to isolate; a ‘rot between our marriage’ of whether or not to send the girls to private school shows an impossible desire to chisel one’s children into a predetermined identity. Perhaps Paul knew his fate long before it happened.

Both the form of the film and the impressive left-field insight afforded to us by the autistic children force the viewer to ponder the nature of memory, of time, and of how the brain chooses to deal with past trauma’s in its own bizarre way. VHS images of Paul performing on stage distort and linger in haunting, scratchy slo-mo; a visual manifestation of the intangible memories of their father that many of the children are grappling with. One of the kids ruminates that ‘the day [Paul died] always feels like yesterday…but he feels like he’s getting further and further away’.

Most fascinating and heartbreaking is the character of Pippa, the youngest of the bunch. In an early scene where the family discuss what to do with Paul’s mobile home gathering dust in the bushes, Pippa angrily makes the case for its continuation: ‘if dad comes back he’ll have nowhere to stay’. Pippa is forced to live among people with fresher, fonder memories of a man she can barely remember or recognise. At the delicate age of 13 she sits at the precipice of maturation, aware that her dad is gone but still finding comfort in imagining his imminent return. She shows incredible maturity and self-awareness when her mental health takes a turn for the worse, worrying with an all too palpable weariness that the illnesses suffered by her Dad might very well be passed down to her. It is all due to the respectful and sensitive direction of Cohen that the stories within the Shanks family are given the credence they deserve. This is a staggering debut; a timely, important film about the complexity and tragedy of suicide and trauma, but more importantly about the resilience and strength of the mind and matter in the family unit. 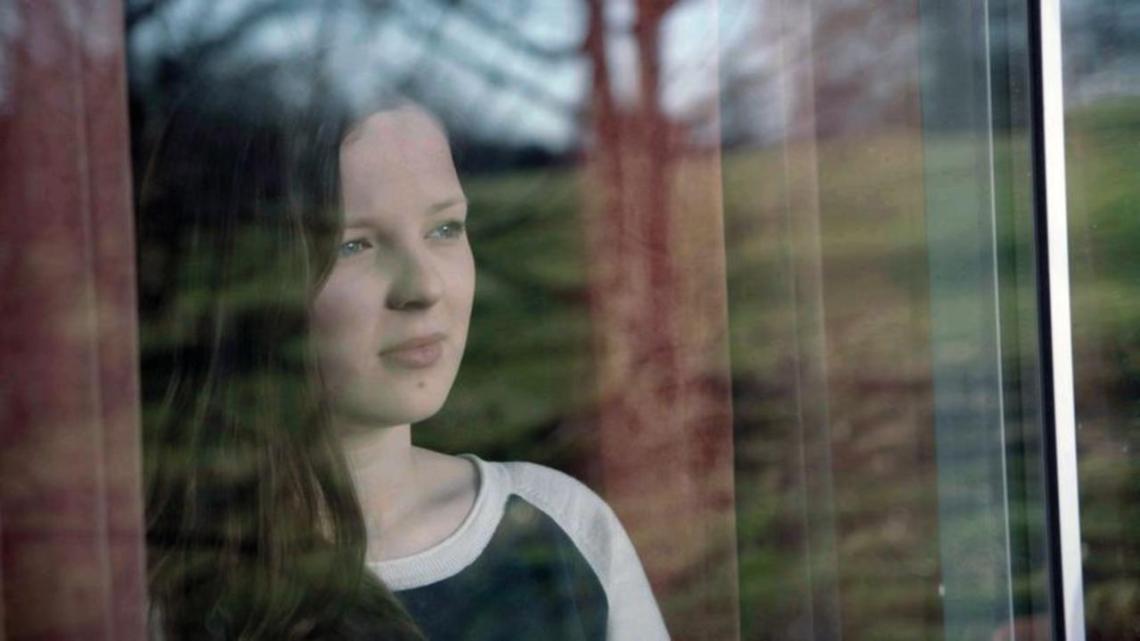